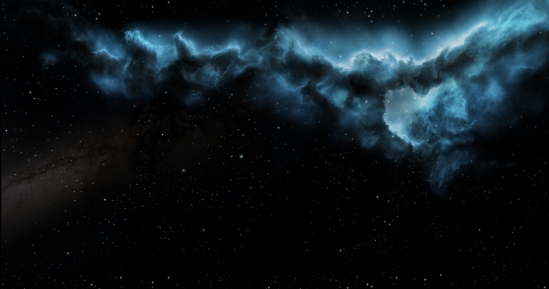 There are times when I’ve had no choice but to sit back in sheer amazement at the universe we live in.

As I stared out the window of my Captain’s Quarters, counting the stars, enjoying a rare and welcome moment of peace amidst the chaos that was my lives, I couldn’t help but think of one of the many quandaries of New Eden – warp speed.

I knew from my basic studies early in my career about the mechanics of light speed, and the inherent dangers therein, but it was more the philosophy behind it all that blew my mind. To the naked eye, those stars seemed so very distant, but still so very tangible. It was almost as though I could simply hop in my ship and travel to them.

Many of them I could do just that.

But the naked eye deceives. Light has a speed in which it travels and the scientific truth of the matter was that the stars I was seeing at this moment could very well have died out millions of years ago and their light was only reaching me now. Yet I could indeed simply hop in my ship and travel there only to find no trace of the star remaining.

It was perplexing for the mind to digest, yet one of the simple realities of our universe people never questioned.

I had heard stories over the years from pilots, some scams to make money doing delivery jobs to non-existent stars, others tricking innocent lives into slavery by offering new life on a distant world. I’d even heard the occasional tale of pilots arriving at a star during its moment of death, supernova, and being irrevocably swallowed up into its gravitational wake.

Still, it saddened me. Between the distance from what I saw and what really was, there must’ve been countless stories lost, lifetimes of experiences never shared.

I could never look at the stars the same.

One response to “Back in Time”