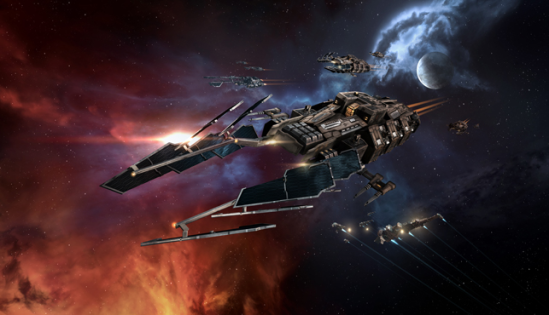 With the Rubicon expansion being announced and the SOMER Blink scandals (or non-scandals depending on your point of view) that have erupted on the community at the same time, it truly feels like an age of EVE has passed and a new one is dawning.
But which direction is it going? This blog banter can be about several different topics:

Looking back, I realize that perhaps I hadn’t seen the big picture. There were some things that developed during EVE’s second decade that simply could not be anticipated. Still, as EVE Online’s Executive Producer during that period, I’d like to say my successes outweighed my failures.

Sure, at first, there were the usual community cries of favourtism, but that faded away by the end of year one. By then, CCP Seagull and I had taken center stage at Fanfest to unveil the detailed plans we had aligned ourselves with for the coming years.

You see, to that day (and arguably afterwards), there had been two distinct factions within CCP:

I had always been partial to the second view. I can still remember the dinner sessions, the round-table discussions, the yelling matches from all parties involved that the focus of EVE would always  have to remain the player; that the player was what made EVE stand apart from everything else before and after.

EVE’s strength would always be its players, its community, but the game stood apart from everything else for many reasons, the least of which had always been its grand vision of a dystopian future.

But the problem was that it was all a lie. There was no fabric to the universe. If not a single player logged in, the universe was like the set of a movie, static, waiting for the Director to yell “action!”

It was all three dimensional cardboard cutouts without any heart.

Hilmar finally backed my decision and even though were still squabbles for several months, we worked together towards building a living universe. New Eden would never be the same.

When we announced the 24th expansion to EVE Online, titled Evolution, focused solely on creating a living universe, it wasn’t well received. There was even some talk afterwards of changing direction.

I managed to hold us firm. I’m glad I believed in myself that much.

Evolution turned out to be a colossal success. Subscriptions increased tenfold. It was a golden era like no other for CCP. We assigned a dedicated team to World of Darkness and brought that vision to life. We re-imagined DUST 514 for XBox One, PS4 and PC. We released Valkyrie and the world held its collective breath in awe.

New Eden stopped accepting inputs. We couldn’t turn it off. We couldn’t stop it. It spread so quickly that our world didn’t have a chance.

In less than six weeks, the inevitable happened as the final governments toppled …